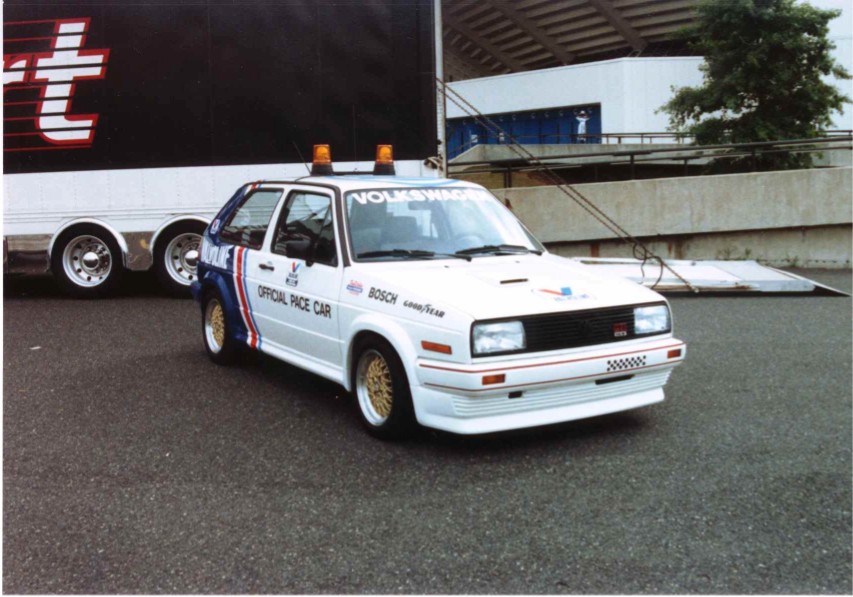 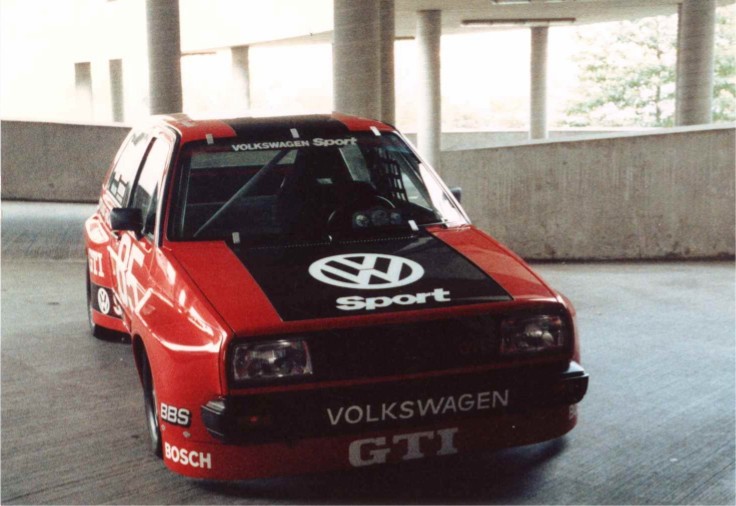 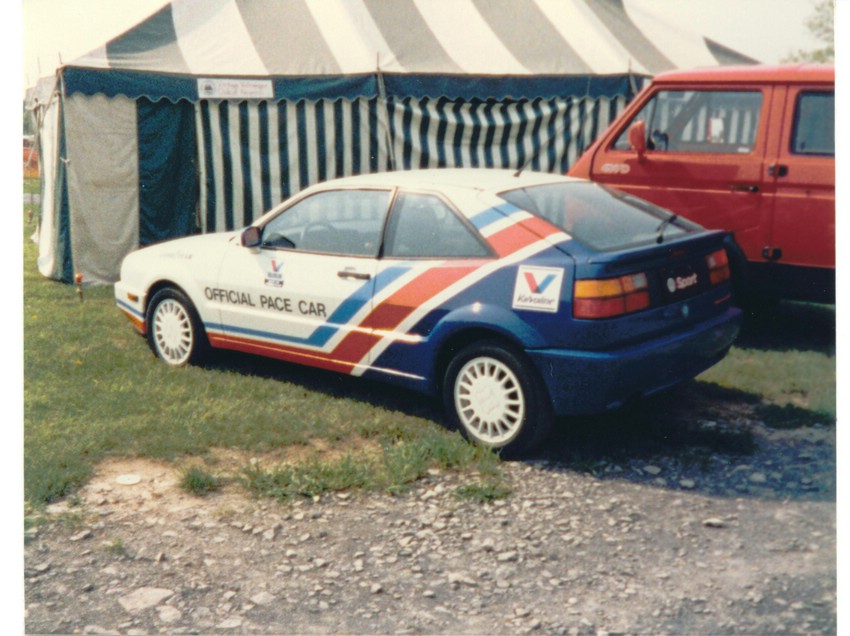 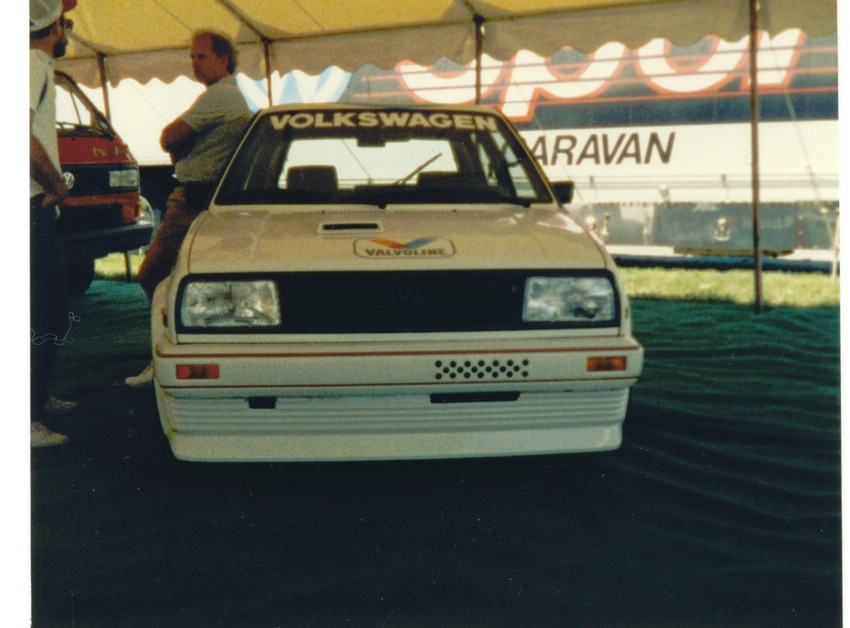 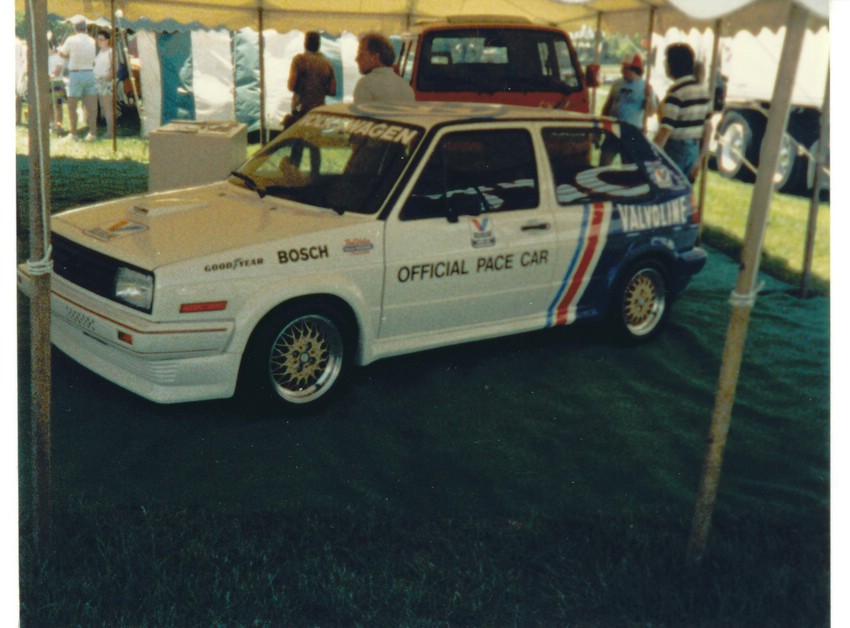 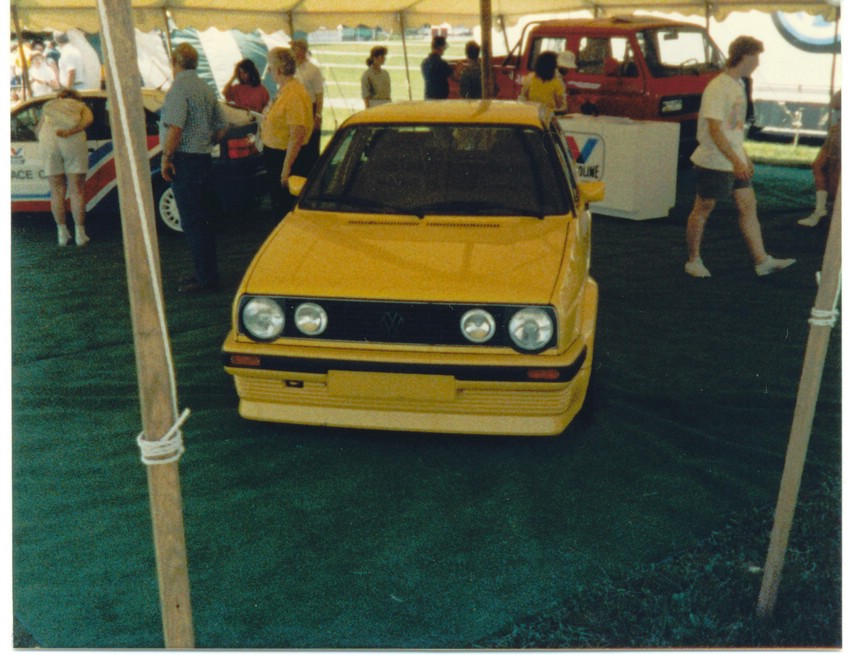 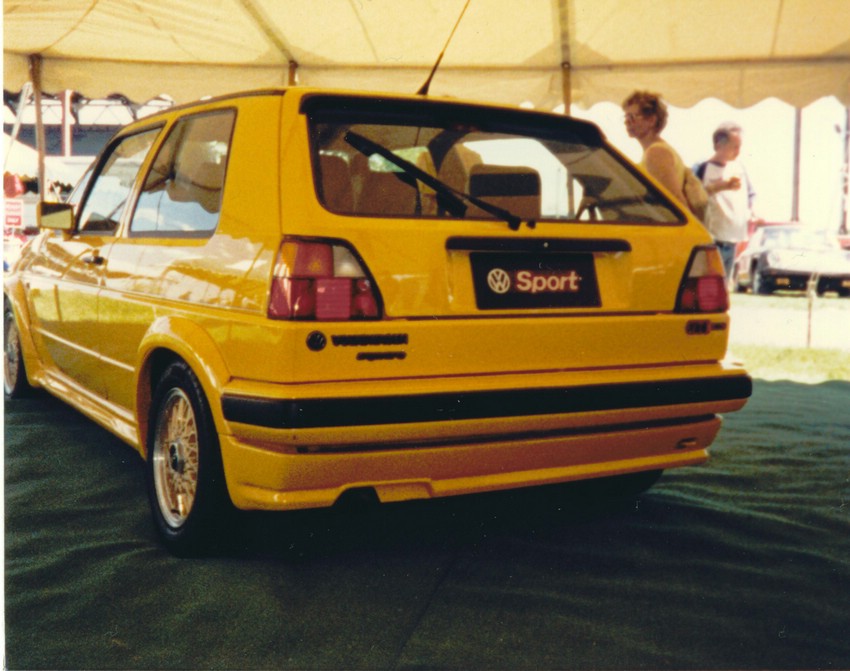 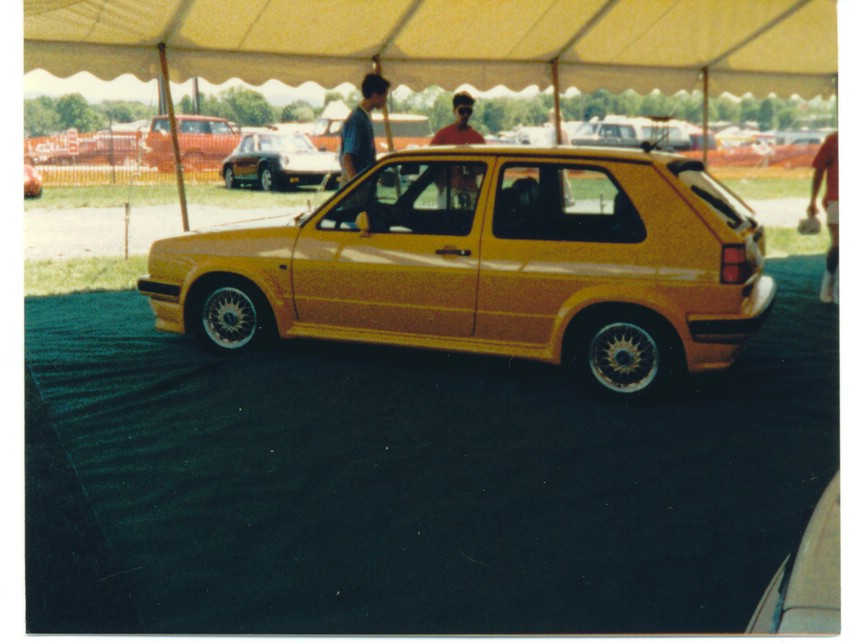 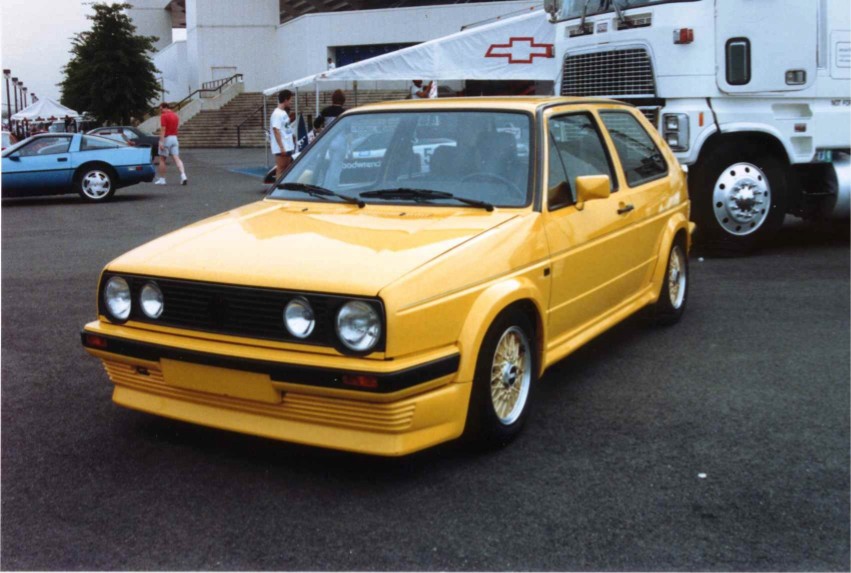 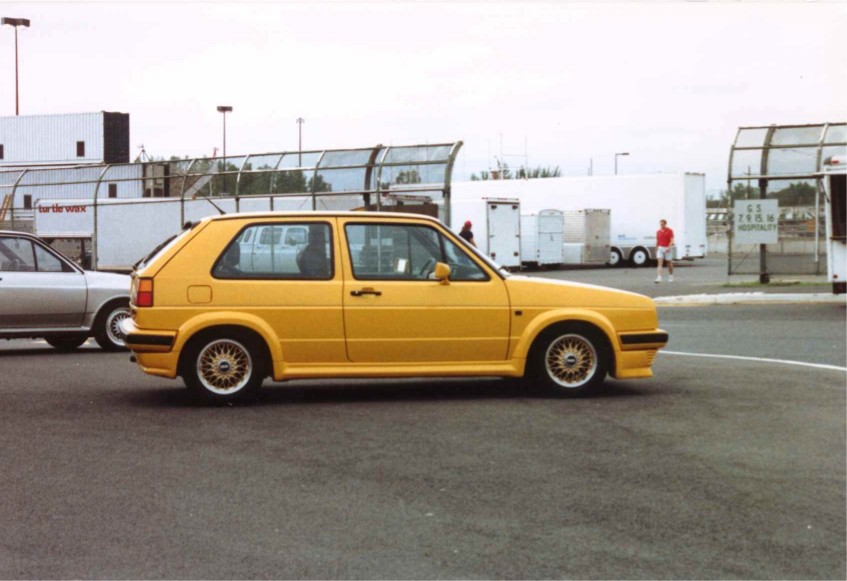 CART race in August of 1988 at Meadowlands, NJ USA

Anyhow, I did find a few pictures which I have attached. The first 2 are of, I believe, your car Zonker1 Zonker2. I took them at the Meadowlands in NJ in August of 1988 at a CART race. I was wrong in that the hood scoop was NOT on the car yet. I included another picture taken at the same event of a VW Pace car - that does have the hood scoop (but its a US 16V car - not a syncro). I also included a shot of a GTI VW used to bring to events a couple of years earlier in 1985. Its a full-up race GTI. Roll cage, stripped interior, no dash, etc.

In 1985, VW had what they called their "VW Caravan" which was a rolling display of 4 or 5 cars that they would setup at motorsports events. The racing GTI was one. They also had an SCCA Scirocco, a Neuspeed cabrio, and I believe one or 2 other cars. In 1983 and 1984 the Rabbit GTI was a big seller for VW. Then when they introduced the A2 GTI in 1985, it was also very popular, winning Motor Trend's Car of the Year award. VW was capitalizing on this, and continued to do so until around early 1993, when they fell flat on their faces (in the US at least), not making a decent car (VR6 Corrado was great but it was too expensive), until the 95 GTI VR6s came out.

The Zonker was with "VW Caravan" once again showing off it's stuff at Carlisle. Chris attended the show and had taken these photos. The hood scoop is still NOT on the car yet. With this new information Callaway had not gotten the Zonker yet to add the turbo and hood scoop. Also with the Zonker is a Corrado Pace Car and the Golf Pace Car.